Health minister and Conservative MP Nadine Dorries has been diagnosed with coronavirus.

Ms Dorries said she has been self-isolating at home, – Labour MP Rachael Maskell said she has since been told to do the same as she had met Ms Dorries the Health minister.

The Department of Health said Ms Dorries the Health minister first showed symptoms on Thursday – the same day she attended an event hosted by the prime minister.

Six people with the virus have died in the UK, which has a total of 382 cases.

The latest person to die was a man in his early 80s who had underlying health conditions.

Meanwhile, a 53-year-old British woman has become the first person with Covid-19, the disease caused by the virus, to die in Indonesia, according to local media reports.

It is not clear whether the woman – who was reportedly critically ill with multiple health conditions – died due to the virus.

The Foreign and Commonwealth Office said it is “supporting the family of a British woman who has died in Indonesia and are in contact with local authorities”.

The government will unveil its first Budget later, amid growing fears about the impact the outbreak will have on the UK economy.

Chancellor Rishi Sunak has pledged the NHS will get “whatever resources it needs” during the crisis, while he is also expected to unveil measures to boost the self-employed and small businesses who are left out of pocket.

Ms Dorries, the MP for Mid Bedfordshire, said that Public Health England had started tracing people she had been in contact with, and the department and her parliamentary office were closely following its advice.

The 62-year-old, who began her career as a nurse, later tweeted that it had been “pretty rubbish but I hope I’m over the worst of it now“.

But she added she was worried about her 84-year-old mother who was staying with her and began to cough on Tuesday.

It is not known how many meetings Ms Dorries had attended at Westminster or in her constituency in recent days.

It is understood that she attended an event at Downing Street last week to mark International Women’s Day.

No 10 did not comment on whether Boris Johnson had undergone testing, or whether he will now be tested.

Public Health England will advise those who have had recent contact with Ms Dorries, including ministers and officials, as to whether they need to self-isolate and report any symptoms.

Labour MP Rachael Maskell has tweeted she has been told to self-isolate “as a result of a meeting” she had with Ms Dorries last Thursday.

Health Secretary Matt Hancock tweeted that Ms Dorries had “done the right thing” by self-isolating at home and wished “her well as she recovers”.

“Every hospital across the country, and the healthcare professionals who run them, are now actively planning to respond flexibly to manage new demand.”

Scotland, Wales and Northern Ireland will be expected to roll out their own testing services, but there will be some shared capacity between nations, depending on need.

The number of total cases for the UK include 324 cases in England, 27 in Scotland, 16 in Northern Ireland and 15 in Wales.

There are 91 in London, with the next highest infected area being the south-east, with 51 cases. Cases by local council area in England can be viewed here.

The latest person to die, on Monday, was a man in his 80s, with underlying health conditions, who was being treated at Watford General Hospital.

He caught the virus in the UK and officials are trying to trace who he had been in contact with.

The Foreign Office has warned Britons against all but essential travel to Italy, which is experiencing the worst outbreak outside China.

Italy has introduced strict travel restrictions, with people being told to stay home, seek permission for essential travel, and give justification if they want to leave the country.

The Foreign Office is advising anyone arriving in the UK from Italy since Monday evening to self-isolate for 14 days.

The government says it has facilities to accommodate Italian visitors to the UK should they need to self-isolate.

British Airways has cancelled all of its flights to and from Italy until 4 April, and has asked staff to take voluntary unpaid leave.

Easyjet, Ryanair and Jet2 are also cancelling their flights on Italian routes, though EasyJet will operate “rescue flights” to bring British travellers home in the coming days.

“It’s the weirdest holiday I think I’ve ever been on,” said Hannah Butcher, from Newbury, Berkshire, who is in Rome with her husband for their first holiday alone since having a child.

“We arrived on Sunday. The advice then was as long as you’re not going into Italy’s red zone, you’re OK.

“We’re currently sitting in a restaurant and everyone here is in staggered rows because they have to sit one metre apart. It’s quite weird seeing families spread across multiple tables.”

She added that people are “only allowed to enter shops one at a time”.

“All the attractions are closed; there are queues out the door of supermarkets and the butchers. There are police driving round making sure the rules are enforced and a noticeable armed police presence, presumably to keep order.”

She said they were due to fly home with Ryanair on Wednesday morning and had not been informed of any flight updates. 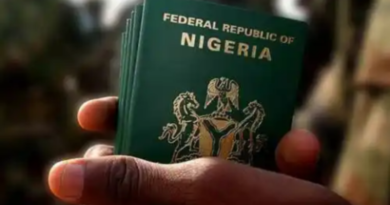 Nigerian passport ranks 101 among 199 countries, behind Togo, Chad, others 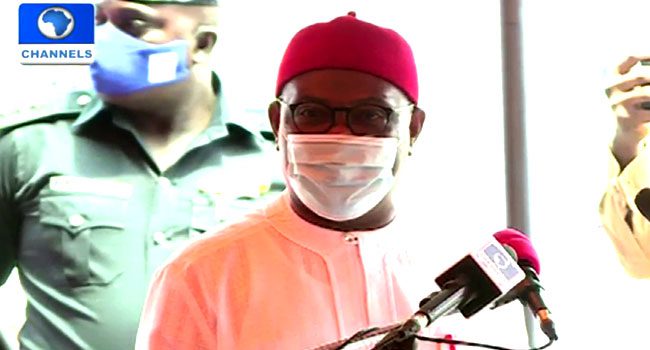 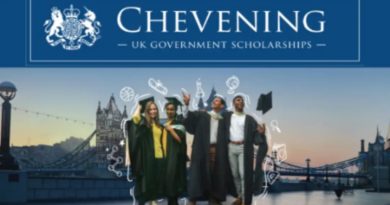