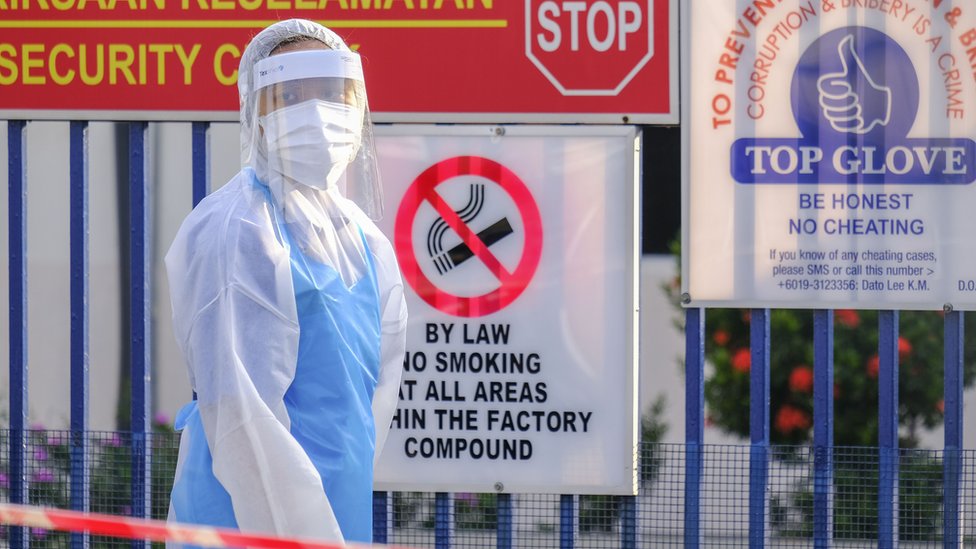 The world’s largest maker of latex gloves will shut more than half of its factories after almost 2,500 employees tested positive for coronavirus.

Malaysia’s Top Glove will close down 28 plants in phases as it seeks to control the outbreak, authorities said.

The company has seen a huge surge in demand for its personal protective gear since the start of the pandemic.

However, there have been concerns about the working conditions of the low-paid migrant workers it relies upon.

On Monday, Malaysia’s health ministry reported a sharp rise in Covid-19 cases in areas where Top Glove factories and dormitories are located.

Nearly 5,800 workers have been screened so far with 2,453 testing positive, it said.

Top Glove operates 41 factories in Malaysia, with many of its workers coming from Nepal and living in crowded dormitory complexes.

“All those who tested positive have been hospitalized and their close contacts have been quarantined to avoid infecting other workers,” Director-General of Health Noor Hisham Abdullah told Reuters news agency.

It is unclear when the factory closures will begin but they are scheduled to take place in stages.

Top Glove has been in the global spotlight for its record high profits this year, but also over allegations of exploitative labour practices at the firm.

In July, the United States banned the import of gloves from two of the company’s subsidiaries following forced labour concerns.

A recent report from the US Department of Labour raised the same issue, pointing to the high recruitment fees overseas migrant workers must pay to secure employment in the rubber glove industry which often results in debt bondage.

A few weeks later, Top Glove said it had raised remediation payments to compensate workers for recruitment fees after recommendations from an independent consultant.

Glorene Das, executive director of Tenaganita, a Kuala Lumpur-based NGO that focuses on labour rights, said some Malaysian firms that depend on a migrant workforce were “failing to meet the basic needs of their workers”.

“These workers are vulnerable because they live and work in congested shared quarters and do work that does not make it possible to practice strict social distancing,”

“During these times employers have a huge responsibility towards them but we are hearing of cases where they are not providing workers with sufficient food or even withholding their wages,” she added.

Shares in Top Glove fell by 7.5% on Tuesday after the factory closures were announced. But despite the slump the company’s shares have surged over four fold this year, reported Reuters. 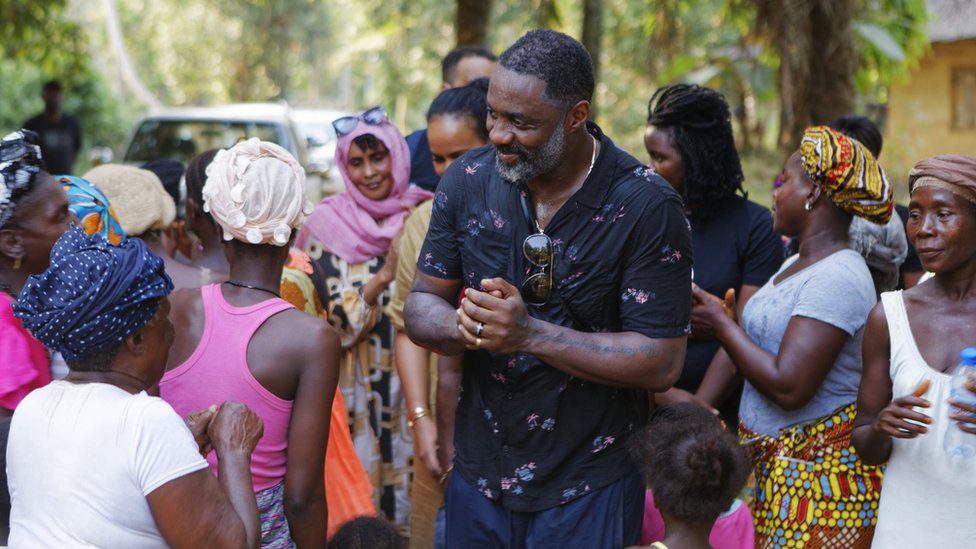 Idris Elba: We can all Help Solve Climate Change 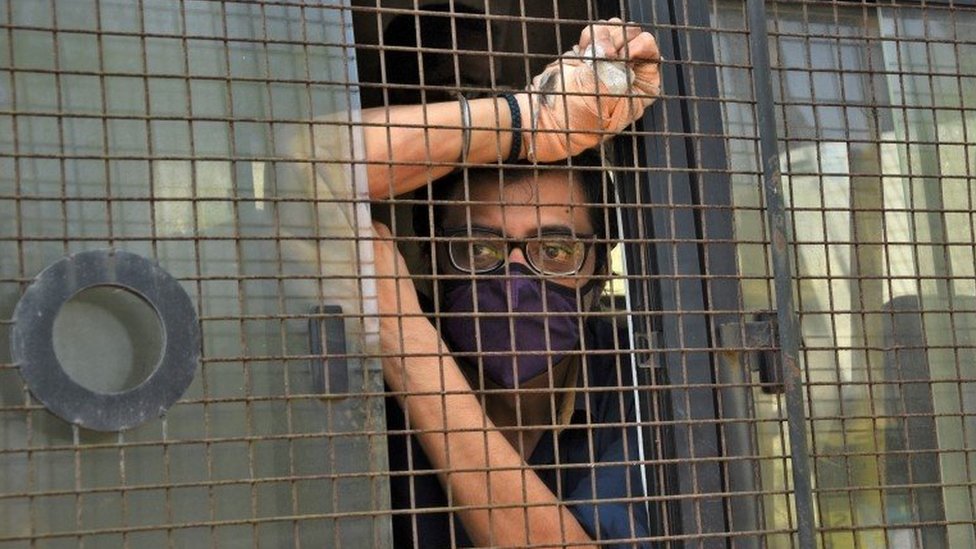