The first interpretation presuppose that each individual should receive an equal share of educational resources irrespective of potential ability.

The second interpretation is to treat all those children of the same measured ability in the same way irrespective of environmental factors.

The third interpretation focuses on positive discrimination in favor of educationally underprivileged children with the sole aim, to remedy the educational lag of disadvantaged children.

A learner should note that the three interpretations could easily be debunked.

The first interpretation would ensure unequal outcome because individuals vary in their genetic ability.

The second interpretation faced by or is in conflict with social justice theory.

Finally, discrimination assumed in the third interpretation is also unfair and unjust.

We can summarized these interpretation with Akinpelu’s (1984) own words, ”what I suspect is that while each proponent of equal education opportunity thinks and believes that he is defending a concept, he is in actual fact defending a conception, that is his own conception”.

Discussions on these factors would be very brief as the learners should also think of other factors including those peculiar to his/her environment.

Nigeria educated parents for instance know too well the value attached to education and would also like their children to benefits from it.

They can provide both moral and financial support in order to ensure that their children attain higher qualifications.

Underage children: Parents unknowingly send their children to school at an early age. This may cause a devastating effect to the child’s brain. Once damage is done to the brain, the child may not keep up the pace with other children in later years.

Moreover, children in the rural are more likely exposed to various domestic works than attending school. When compared with children from cities, the children from rural areas are unlikely to perform well in academics. Environment plays a significant role in terms of a child’s educational opportunity. Most schools in rural are behind in terms of facilities and qualified teachers.

The educational gap between northern Nigeria is a trance of educational inequality. This inequality of educational opportunity started since the inception of western education. Statistical evidence has shown that the north was lagging behind other regions, particularly when pupils population was taken into account.

There has been a lot of efforts to bring to people compensatory education. The main aim is to remedy the educational gap of disadvantaged children and thereby narrow the achievement gap.

Related: What is the Stock Market and How Does It Work?

Efforts made to Bridge the Gap between Northern and Southern Nigeria

Both state and the federal governments have developed strategies on how to achieve equal opportunity in education. Among the strategies are:

The conclusion segment of this focuses on the strategies employ by both state and federal governments in their efforts to attain equal opportunity for the citizens of the entity called Nigeria. Think of proffering more strategies in order to balance the equality of educational opportunity in Nigeria for instance.

Read Also: 25 Best things you can do with an MBA Degree 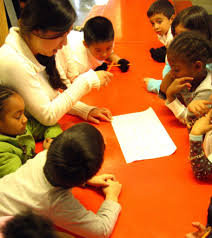 Definition of Teaching and It’s Importance