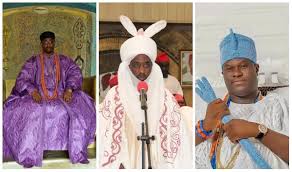 The traditional rulers play useful roles in mediating between the people and the state, enhancing national identity, resolving minor conflicts and providing an institutional safety-valve for often inadequate state bureaucracies.

Chieftaincy in particular is a contested and a highly political institution, because of its associations with authority and power, and as a result of its politicization by successive governments and parties.

This week, I intend to write on three great Obas whose kingdom extend to the Atlantic Coastline.

History of Rulers in Nigeria

Oba Ovonramwen Nogbaisi ruled the Benin empire until his punitive expedition in 1897 by the British. At the end of the 19th century, the Kingdom of Benin had managed to retain its independence and Oba Ovonramwen exercised a monopoly over trade which the British found irksome.

The territory was coveted by an influential group of investors for its rich natural resources such as palm-oil, rubber and ivory. The kingdom was largely independent of British control, and pressure continued from figures such as Vice-Consul James Robert Phillips and Captain Gallwey (the British vice-Consul of Oil Rivers Protectorate) who were pushing for British annexation of the Benin Empire and the removal of the Oba.

A British invasion force headed by Phillips set out to overthrow the Oba in 1896. The force’s weapons were hidden in baggage, with troops disguised as bearers. Phillips plan was to gain access to Ovonramwen’s palace by announcing that he intended to negotiate.

Ovonramwen’s messengers issued several warnings not to violate Benin territorial sovereignty, claiming he was unable to see Phillips due to ceremonial duties.

Having been warned on several further occasions on the way, Phillips sent his stick to the Oba, a deliberate insult designed to provoke the conflict that would provide an excuse for British annexation.

Phillip’s expedition was ambushed and all but two were killed. Subsequently, a military operation against Benin in 1897 led by Harry Rawson resulted in the burning of Benin City, the destruction and looting of the royal palaces, and the deaths of untold numbers of its inhabitants.

Although the British had orders to hang the Oba, Oba Ovonramwen escaped but returned to the city to formally surrender on August 5, 1897.

When Ovonramwen returned to the city, after six months spent in evading capture in the forest, he was richly dressed and laden with coral beads and accompanied by an entourage of seven hundred to eight hundred people.

Ovonramwen was exiled to Calabar with his two of his wives, Queen Egbe and Queen Aighobahi, and died there around the turn of the new year in 1914. Ovonramwen was eventually buried in the grounds of the royal palace in Benin City.

Akarigbo Oyebajo was the titular ruler of Ijebu-Remo, in the aftermath of the British conquest of Ijebu in May 1892. The British recognition of the Akarigbo’s paramountcy was formalized in an agreement with Akarigbo Oyebajo establishing a British protectorate over Ijebu-Remo in August 1894.

Based on this recognition, another agreement was at the same time concluded with the Akarigbo ceding the Ijebu-Remo town of Ikorodu and its environs to the British Crown.

However, Akarigbo Oyebajo constantly sought to secure an upper hand over his chiefs in administration, consequent upon which he was increasingly confronted with dissensions. It was reported that he refused to share his pecuniary remuneration with his chiefs whom he considered as only being entitled to receive a portion.

The rift with his chiefs later heightened to animosity when they had the Akarigbo prosecuted for larceny and extortion. The Akarigbo was eventually acquitted, but the fact that he had in the process been detained in prison custody rankled in his chest.

As a result, he was sanctioned by the reduction of his stipend for some months in 1912. The hostility between Oyebajo and his principal chiefs also continued unabated, leading by 1914 to the emergence of two factions.

Duncombe, who had received a different posting since 1912, was brought back as the British officer in charge of the new administrative unit of Ijebu-Remo.

Duncombe lent his support to the accusations of judicial misconduct subsequently leveled against Oyebajo, and eventually he was requested by the government in January 1915 to find a replacement for him if he considered it advisable.

Not only did Duncombe determine that Oyebajo was to be deposed, he intended to humiliate him in the process. One of Oyebajo’s opponents, Chief Awolesi, was appointed to replace him.

Since he had received no official notification of deposition, Oyebajo regarded the purported appointment of a new king as a ruse. It all dawned on him in early May when an installation ceremony, at which Duncombe was present, was conducted for Awolesi, and where he was informed of his deposition.

His protest against this unceremonious exit resulted in his arrest and three of his supporters for breach of peace. They were all sentenced to jail terms at Ijebu-Ode with hard labour. Oyebajo and two others received a year each, while the fourth person got six months.

Oyebajo was released four months later in September following representations made to the government on his behalf by T. H. Jackson, editor and publisher of the popular tabloid, Lagos Weekly Record.

The release was based on Jackson’s assurances that not only had he secured Oyebajo’s promise of good conduct, but his agreement to retire to his farm, Igbofa, some kilometres outside Sagamu. Thus rusticated, it was expected that he would be unable to exert much influence on political developments in the town (Sagamu).

The new Akarigbo never enjoyed any lengthy period of good health, and the clamour for the restoration of Oyebajo came to a head when Awolesi died on February 25, 1916, spending only nine months in office. By this date, it was clear that the pro-Oyebajo faction was in the majority.

The British preference to replace Awolese was for a younger man who, they reasoned, was apt to be more responsive to enlightened and modern ideas.

But when the pro-Oyebajo faction insisted on his restoration, their opponents led by Awofala sponsored the candidacy of a young man in the pro-Oyebajo camp called William Christopher Adedoyin, a public letter writer in his mid-thirties who had once served as Oyebajo’s clerk.

The British officials supported the choice, and in September, after the pro-Oyebajo faction had been prevailed upon to signify its assent, Adedoyin was installed as the new Akarigbo.

Oyebajo was, in the spirit of reconciliation, permitted to return to Sagamu; but he felt betrayed that an erstwhile supporter had allowed himself to be induced into taking over his office. The Paramount Chieftaincy being taken from him to another man junior and in every respect lower in rank was, as he later complained, mortifying.

By 1918, his activities in the town had begun to give the local authorities serious concern. The British officials became more alarmed when he began to claim association with Herbert Macaulay (an early Nigerian nationalist) who was considered and disliked by the colonial authorities as a political agitator. Eventually, he and six of his supporters were arrested and convicted for conspiracy in March 1921.

He was recommended for deportation to Calabar. Oguntoye and Ali, his two long-standing supporters, were similarly sentenced. The Governor approved the sentence, and in May, the three men were exiled to Calabar.

Adenuga was born in 1892 (few months after Oyebajo became Akarigbo) to Awujale Tunwase (1886-1895). He had three years of Western education during which he was baptized with the name Theophilus.

Between 1920 and 1925, he worked in a number of trading firms as a shop clerk. He was appointed as Awujale in November 1925 – adopting the royal name of Folagbade.

Prior to his ascendancy, there was a government directive to all administrative officers to encourage formal education for the sons of traditional rulers or heirs-apparent in order to prepare them for modern administrative duties. The officers in Ijebu decided to send Adenuga to school in Sierra Leone.

On August 28, the senior British official, P. V. Young, requested to see Adenuga. However, a reply came that his mother, with whom he was staying in the village of Igbeba, a few kilometres away from Ijebu-Ode, would not release the young prince.

However, through a series of actions by the British Government in deposing the incumbent Awujale, Adenuga was eventually appointed in November 1925, at the age of 33.

He seemed to have lacked the maturity to contend with the enormous statutory powers conferred on his office; for he abused all these powers right from early on in his reign.

He was only a few months in office when he received an official reprimand for extortion of forestry fees. Two other instances of graft also earned him official caution in 1928.

In one, he unduly influenced succession to the stool of the Onipe of Ibu in February; and in the other, he was implicated in an attempt to conceal a case of homicide in March.

The climax came in October when he sought to use his judicial powers to get rid of an anti-corruption crusader, one Joseph Igu (a.k.a. Frugality) who had been a thorn on the side of his administration.

Frugality received the maximum and cumulative sentence of thirty years for the three offences for which he was charged. He was in addition to be banished from the Ijebu Province after the expiration of the jail term. Yet as it was soon discovered, Frugality had been framed-up by one Tijani.

Through a series of political scandals, it was consequently recommended that the Awujalebe deposed and be moved away from the Province. The government accepted these recommendations, and on January 31, instructions were sent to the Resident to notify the Awujale in writing.

In addition, the Awujale was within three days of notification to leave the Province to any place of his choice outside the Yoruba-speaking section of southern Nigeria.

Contrary to instructions, however, Talbot announced the Awujale’s deposition at a public assembly on February 4, with the Awujalein attendance. This publicity drew a sharp rebuke from the Lieutenant Governor as “unnecessarily cruel”.

But the Resident argued that the circumstances required a demonstrable indication that justice was done, and an illustrative precedent to discourage corruption in the Native Administration. On February 5, the deposed Awujale proceeded to Ilorin on exile. 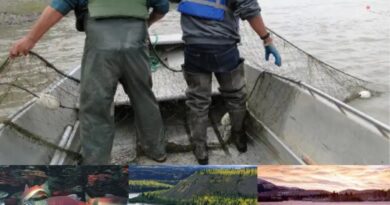 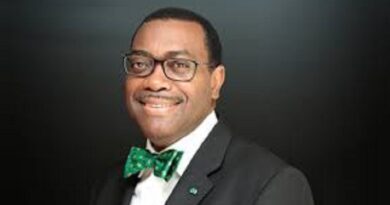 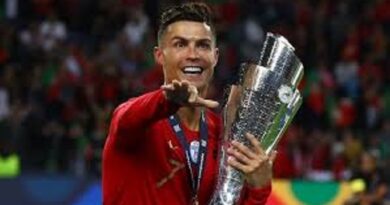 All You Need to Know About “Cristiano Ronaldo”